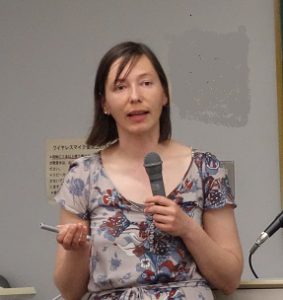 【概要】
Using data based on two unique surveys of UK academic engagement with external organisations covering all disciplines at all UK universities(the first conducted in 2008/9 generated 22,000 responses; the second in 2015 generated 18,000 responses) this talk addresses changes in knowledge exchange activities as well as their dynamics. The comparison is based on a matched set of academics as well as a panel of over 4000 academics that answered to both surveys. The matched analysis shows there has been a decline in commercialisation: in 2008/9, 8% of academics reported that they had taken out a patent and 15% had formed or run a consultancy, compared to just 6% and 7% respectively in the more macro-economically constrained 2012-15 period. Instead, engagement in less costly activities, such as lectures for the community have increased, as has the importance of teaching motives as reasons for engagement. The panel results additionally show that engagement is typically a recurrent persistent activity. The decision to sustain engagement levels is largely explained by past engagement efforts and the research orientation of the individual. Prior experience in engagement and a research orientation towards applied or user oriented basic research are positively related to future engagement. These forces are particularly associated with persistence in commercial activities and services. We further find that engagement persistence is partly driven by the underlying motivations of academics for engagement, and that learning and research are the most important motivations, while financial motives are ranked lowest.