[REPORT] Professor Lécuyer started this talk by thanking Professor Shiroyama and the hosting organisations for the opportunity to illustrate his research. To introduce the topic, he remarked that the production of electronic devices is rarely perceived as environmentally problematic, but in fact it is one of the most polluting industries, particularly because of the numerous chemical substances, some of them highly toxic, which are unavoidably involved in their production processes. Not surprisingly therefore, in all places where a substantial electronic production has taken or is taking place, environmental concerns have been raised.
A particular place to study these phenomena is the Silicon Valley. This has been from the 1960s to the 1990s the main centre for microchip and disk drive production in the United States. Professor Lécuyer concentrated on the complex dynamics which emerged in the 1970s between safety concerns for electronic industry workers, attempts at organising and unionizing them by various groups, the industrial companies, as well as local and federal authorities. Indeed the Silicon Valley was and is not only an important innovation and industrial centre, but also a hotbed of protest movements and social activism.
From the establishment of an electronic industry, such manufacturing processes were incorrectly regarded as “light industry”, with limited to no safety risk, so much that companies settled their production plants (designed as research laboratory, not as proper factories) in the midst of residential areas. However the manufacturing process of electronic equipment was and remains highly polluting. This in a case in which regulations actually magnified the scope of the crisis. From the 1950s to the 1970s, workers operated without adequate protection in a heavily contaminated environment, and they soon started to develop an array of health problems. This occurred even though such hazards were to a certain extent already known. Various activist organisations seized the opportunity to lead the battle of work security, albeit often with the real goal of achieving a unionization of the Silicon Valley. Eventually companies started to react positively to safety concerns particularly in order to cope with the increasing amount of lawsuits filed against them, but also in order to undermine the popularity of such activist groups, exploiting the lack of unity and antagonizing agendas of the latter. In the meantime, new environmental regulations were introduced, also at federal level.
A major turn in this story was attained when inspections revealed that numerous chemical substances were leaked from their (wholly inadequate) tanks, thus polluting the underlying aquifer in a vast part of the Silicon Valley. Indeed the Valley was classified as the most chemically polluted area in the country.
Facing escalating environmental costs and fierce international competition, most electronic manufacturers in the Silicon Valley moved production to other regions. Activists were eventually successful in bringing to the fore the serious issues related to environmental pollution and safety of working conditions, but on the other hand they never achieved the unionization of the Silicon Valley, their real goal. Finally, these events not only transformed the electronic industry, but had a large impact on the development of the environmental movement in California, and international ramifications as well. 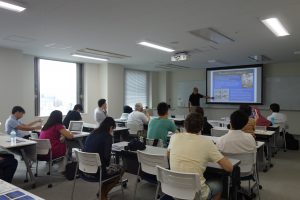 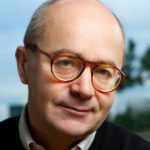 [Registration] Please visit here for previous registration (required).
*If you do not open the page, you may email us to STIG@pp.u-tokyo.ac.jp.

[OVERVIEW] Labor activists often associated with the communist party initiated Silicon Valley’s antitoxics movement and were the driving force behind environmental remediation in the region in the first half of the 1980s. In order to unionize semiconductor plants, activists associated with SCCOSH and United Electrical, Radio, and Machine Workers, a left-wing union, attacked corporate negligence regarding worker safety and health. SCCOSH later allied itself with the Central Labor Council of Santa Clara County to push for the cleanup of aquifers contaminated by the semiconductor industry. The activists ultimately failed to organize Silicon Valley, but their campaigns led to a revolution in safety among microelectronics firms and to large-scale remediation efforts conducted under the EPA’s Superfund program.